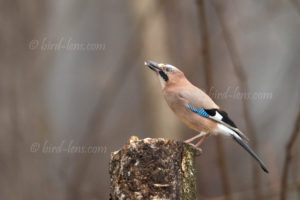 Usually the Jay rarely comes within shooting range. This time, however, it shows itself from a short distance in winter feeding conditions. In our latitudes it is the most colorful raven bird. Usually it is a cautious fellow who is only occasionally seen up close. You can END_OF_DOCUMENT_TOKEN_TO_BE_REPLACED 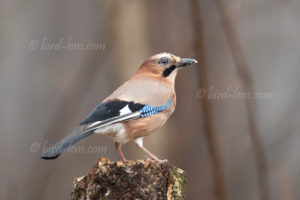 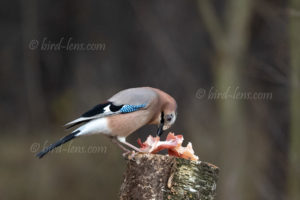 It was a pretty fresh morning after it had finally rained in southern Brandenburg in the night. In the morning it was only around 8 °celsius degrees. Later in the sun it was warmer of course; around 16 ° C. A wood chopper is always headed END_OF_DOCUMENT_TOKEN_TO_BE_REPLACED In combination with the high number of migratory birds along the southern Baltic coast, there are some indications that the Eurasian Jays may have derived from areas to the east. Additonally, while in END_OF_DOCUMENT_TOKEN_TO_BE_REPLACED